In today’s world, as with many products in the food and beverage industry, it has become very popular to make changes in coffee and diversify it with different flavors. These innovations can be seen as positive in terms of enriching the taste and options, but sometimes these additions can completely change the original or traditional recipe. And making such changes, especially in a type of coffee that is prepared with its own unique methods and stands out with its plainness, causes a completely different beverage to be obtained as a result.

In fact, it is not difficult to understand the reason for these pursuits. As is well known, Turkish coffee is a very intense type of coffee. And if intense coffee varieties do not suit your taste, it is unlikely that you will enjoy it. However, if by diversification we don’t mean changing the aroma, but simply softening the drink, such changes were actually made even during the Ottoman Empire, when Turkish coffee first appeared on the world stage.

First of all, the natural foam that is produced during the cooking process is actually a factor that makes it easier to drink and enriches the taste. However, the changes in our current cooking techniques and tools, as well as the lack of care in the coffee storage, make it difficult to obtain this foam and make Turkish coffee a little stronger than it would normally be. In this case, those who don’t like strong coffee or who want to change the taste of their coffee turn to cream and milk, the two main elements of coffee softening. 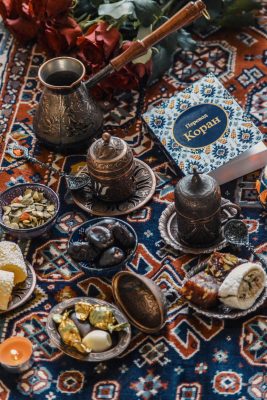 Let’s talk about the cream a bit; first of all, we should definitely point out that Turkish coffee is definitely not a good match with cream due to its consistency and the fact that it is cooked with coffee particles without filtering. Of course, you may get a good coffee from the mixture of these two, but the coffee you will get will be a coffee that is far from Turkish coffee in terms of taste, but rather close to a latte. That doesn’t mean it’s bad coffee, but it does mean you’ll get any cafeteria coffee with cream, not Turkish coffee. 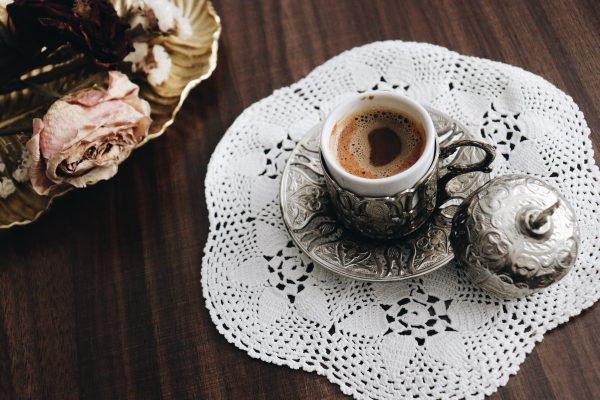